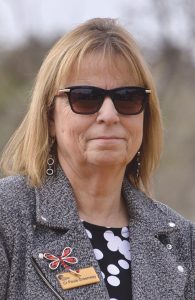 THE Toodyay Shire Council will decide this month if it should hold an early election following the surprise April 1 resignation of veteran Cr Paula Greenway (left).

Cr Greenway said she was too busy to speak to The Herald on Easter Saturday but issued a brief email statement the next day saying she had resigned because she was “choosing to put my own personal priorities, beliefs and morals first”.

“I am not available for a conversation this weekend as I have priority family time.”

Cr Greenway’s resignation was not publicly announced or widely known until she responded to a phone call from The Herald over the Easter weekend.

Her four-year term is not due to expire until October.

Cr Greenway served more than eight years on the council after being elected with 68 votes in the shire’s now-abolished West Ward in 2013 and won re-election in 2017 with 214 votes in an ‘in-person’ ballot restricted only to former West Ward electors.

Shire CEO Suzie Haslehurst will prepare a report to the council about options for the already cash-strapped shire to avoid the additional $23,000 cost of a postal ballot of all Toodyay voters in a one-seat by-election.

Cr Greenway’s resignation takes effect from April 30, and her last council meeting will be on Tuesday April 27.

Her departure will leave the Shire of Toodyay with an eight-member council, with President Rosemary Madacsi holding a second ‘casting’ vote to break any deadlocked decisions.

The last time this occurred was two years ago, also on April 1, when former Cr Craig Brook resigned after a council meeting for which he flew back from his new job in Melbourne.

At that meeting, former Cr Brook seconded a motion that was passed 5-4 not to re-employ former shire CEO Stan Scott when his contract expired in July 2019.

Cr Greenway was one of Mr Scott’s most ardent supporters in council and reportedly angrily berated Cr Brook as he left the chamber after his final meeting.

The shire’s Code of Conduct requires elected members to “treat others with respect and fairness” and not “make any allegations that are derogatory or improper”.

“We will always act in the best interests of the Shire and refrain from any type of communication, in our public or professional duties, which may cause any reasonable person unwarranted offence or embarrassment.”

Cr Greenway later told The Herald she could not recall the incident.

She then took part in a surprise council backflip a month after Cr Brook’s departure to re-employ Mr Scott in a secret 6-2 vote behind closed doors.

This was despite a State Government inquiry that later made 14 adverse findings against Mr Scott for financial mismanagement, conflict of interest, unethical conduct and other failures under local government law, many of which were reported in The Toodyay Herald but largely ignored by the former council.

She also lost her second bid in two years to be elected shire deputy president after unsuccessfully opposing the election of Cr Rosemary Madacsi as shire president.