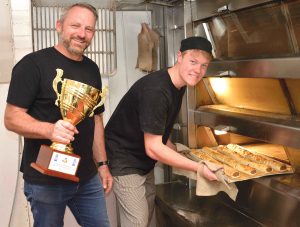 It was an all-Toodyay affair in Sydney with ingredients from The Meat Hook, Baillee Farm and local IGA store.