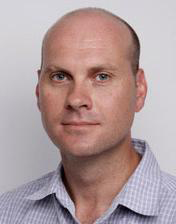 OUTSPOKEN Toodyay Shire Cr Ben Bell has resigned from the council, bringing forward a move to cut the council’s size from nine to seven members.

He was first elected to the council’s former East Ward with 211 votes in 2017 and two years later topped the poll with 1126 votes in the council’s first shire-wide elections.

However, he failed in a highly publicised bid on local social media to be elected Toodyay shire president after scoring only one vote in a secret ballot of councillors conducted in the council chamber.

The former CEO was later named in 14 of 23 adverse findings against the shire and its former council after the results of a year-long State Government inquiry were tabled in the WA Parliament in 2020.

Former Cr Bell gave no official reason for his January 15 departure, though there was growing speculation based on his frequent absences that he might not stay.

A discussion last year to cut the size of the council from nine to seven members was deferred pending the October 2021 poll.

The 2021 elections completed a four-year transition to allow all voters to vote for all candidates regardless of geographical area.

The reform included the introduction of postal ballots which caused a big increase in voter participation after years of low turn-outs at little-known shire polling stations.

York, Chittering, Goomalling and Victoria Plains all have seven councillors – a move favoured by the State Government.

Reducing the Toodyay Shire Council’s size to seven members would save ratepayers about $23,000 a year in councillor allowances.

It would also save a further $22,000 by avoiding a fresh council election so soon after the last poll three months ago.

A council of eight elected members with one vacancy still needs an absolute majority of five councillors to pass important decisions such as budgets regardless of the president’s casting (second) vote because it is still officially a nine-member council.