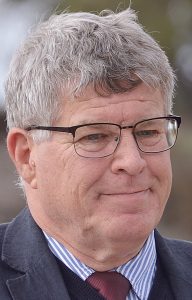 TWO anonymous Toodyay referees have helped former shire CEO Stan Scott to secure a new highly paid job as Cuballing Shire CEO after 15 adverse findings against him were tabled in the WA Parliament less than two years ago.

Mr Scott was publicly censured for financial mismanagement, failures under local government law, conflict of interest and unethical conduct in seven years of mistakes and lapses that cost Toodyay ratepayers hundreds of thousands of dollars.

Former Toodyay councillors – the last of whom departed last October – were blamed for their ongoing failure as employers to manage Mr Scott’s performance.

It is understood some former councillors rejected the findings as “unfair”.

It is understood none of Toodyay’s current councillors or CEO provided the referee reports.

The Cuballing Shire Council voted 6-0 in January that Mr Scott was “suitably qualified” for their shire’s highest-paid job.

Shire President Eliza Dowling said her council knew about the adverse finding but Mr Scott was “the stand-out candidate” from a list provided by local government recruitment agency Lo-Go Appointments.

“It is difficult to get job applicants for small country shires like ours,” she said.

“We did thorough background checks.”

President Dowling declined to reveal how much Mr Scott was being paid but said it was within in a State-approved salary range of $128,000-$200,000 for shire CEOs.

She said Mr Scott’s previous 18 years in local government – including seven at Toodyay – had counted in his favour, as well as the two Toodyay referee reports.

Cuballing councillors had signed “confidentiality agreements” which prevented her from naming the referees.

A shire newsletter announcement of Mr Scott’s appointment said he had “recently taken a break from Local Government receiving some well-deserved leave”.

Mr Scott quit as Toodyay shire CEO in the middle of a year-long State-ordered inquiry after taking three month’s sick leave at short notice on the morning of a council meeting.

He was no longer employed by the shire when 15 adverse findings against him were tabled in State Parliament in October 2020.

A new CEO and councillors were required to take action to remedy the deficiencies.

President Dowling said she was not aware that Mr Scott had done any “training or counselling” after the inquiry and had found no reference to him being required to do so.

A WA Government spokesperson said the Minister had no role in council appointments but was planning new measures to “strengthen the oversight and recruitment of CEOs”.