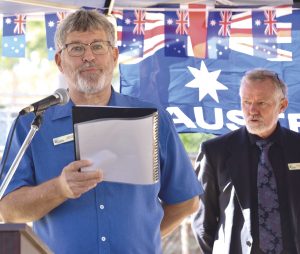 FORMER CEO Stan Scott has been slammed for financial mismanagement, failures under local government law, conflict of interest and unethical conduct in 14 of 25 adverse findings against the Shire of Toodyay tabled in State Parliament last month.

A report on a 20-month State Government inquiry also says shire councillors failed to comply with local government regulations when they voted 9-0 in 2013 to sue two former civic leaders in a botched WA Supreme Court case that cost ratepayers $550,000 in lost legal fees.

Councillors were also castigated for failing to properly manage the former CEO’s behaviour and actions over a seven-year period examined by the inquiry.

The inquiry ordered no prosecutions or suspensions but made five recommendations which last month’s council meeting described as too vague for a formal response – as required by State law – without further direction and clarification.

It followed a public submission by Nunile ratepayer Frank Panizza who described nine of the inquiry’s findings as an “absolute powder keg” for suggesting that the shire should not take action to recover debts if legal costs exceeded the amount owed.

“I can’t overstate the parlous state that this puts our local government in,” Mr Panizza said.

“I just don’t think the authors even thought of that prospect, which in my view is absolutely damning of the report and its authors.”

The report recommends a governance review, councillor training, new Shire CEO Suzie Haslehurst to deliver a “comprehensive” report to the Director General of the Local Government Department on what councillors gained from training, independent CEO performance reviews and a review of the CEO’s authority to take legal action on behalf of the shire.

He refused to apologise when Shire Deputy President Beth Ruthven raised a point of order to object that his comment was “unnecessary”.

Shire President Rosemary Madacsi did not rule on the point of order but urged all councillors to “note we have an obligation to the community to conduct ourselves appropriately”.

“Why would anyone pay a fine if you know the legal bills are going to be higher than the fine?” Cr Bell said.

“We have had no clarification or direction from the department about how to deal with someone who doesn’t pay.

‘I’m going to make sure the legal bills are higher than the penalty and I know you won’t chase me’.

The inquiry report doesn’t address half of the concerns, and when the community sees this response it reads like ‘tick and flick’ and shows no forward path on how this council can be better,” Cr Bell said.”

New Cr Mick McKeown said Point 3 of the inquiry’s recommendations “asks the CEO to do the impossible” by delivering a “comprehensive report that demonstrates the knowledge and understanding I gained from the training”.

“I don’t know how the CEO can possibly do that,” he said.

It was defeated 6-1 with only Cr Hart in favour and Crs Therese Chitty and Paula Greenway absent on approved leave.

Cr Bell seconded Deputy President Ruthven’s alternative motion that the council defer its response to enable further discussion at a workshop before holding a special council meeting to vote on the outcome.

The motion was carried 7-0 and requires the council to finalise its response to the inquiry report by Tuesday November 17 when a 35-day statutory deadline expires.