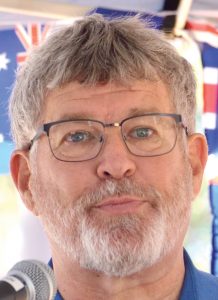 Three apologies for breaches of the Shire Code of Conduct were published in the council agenda for Cr Bell to read out at last month’s council meeting.

But when invited by Shire President Rosemary Madacsi to read the apologies, Cr Bell asked her to pass on to the next agenda item, which she did after conferring briefly with Shire CEO Suzie Haslehurst.

Cr Bell later told The Herald that he couldn’t remember what he had posted on Facebook two years ago.

“I have no idea what I was supposed to apologise for so I let it go,” Cr Bell said.
“I’m not saying I didn’t do it but it was found to be only a ‘minor’ breach.

“We have much bigger things to worry about now than what happened two years ago.”

The orders to apologise followed Mr Scott’s formal complaints about two 2019 Facebook posts that the WA Local Government Standards Panel found last September to be “misleading and derogatory and likely to cause detriment to Mr Scott”.

The panel upheld a third complaint that Cr Bell made several Facebook posts on 10 February 2019 that were “false or misleading and likely to cause detriment to Mr Scott and Cr Therese Chitty”, who was deputy shire president at the time.

Ms Haslehurst said she was required by the same law to inform the Standards Panel that Cr Bell had not apologised.

It also castigated the previous council for failing to properly manage the former CEO’s behaviour and actions over a seven-year period examined by the inquiry.