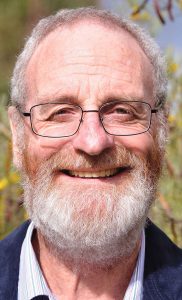 He fills a three-month vacancy on the nine-member council after the resignation of former shire president Bill Manning, who moved to Tasmania last April.

The election was conducted by the WA Electoral Commission which reported a voter turn-out of about 26 per cent.

This is significantly less than the 45 per cent turn-out last October when four new councillors were elected to the council and two others retained their seats.

Cr McKeown was elected to serve out the remainder of former Cr Manning’s term, which expires in October next year.

His election is likely to break a run of deadlocked 4:4 votes on key council decisions, including a secret ballot for a shire president and the council’s initial failure to get an absolute majority of five votes to enable new Shire CEO Suzie Haslehurst to start last month.

Cr McKeown helped lead opposition to plans to demolish the “Appian Way” walkway at Toodyay’s heritage-listed Catholic Precinct but has stepped down as co-organiser of the Friends of the Toodyay Catholic Precinct.

One of his first tasks as a new shire councillor will be to attend a meeting on Wednesday August 5 with WA Local Government Minister David Templeman, who was due to meet councillors and senior staff at the invitation of Shire President Rosemary Madacsi.