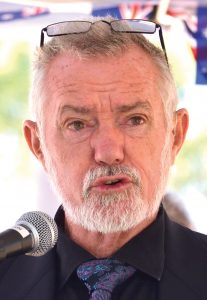 The order relates to the shire’s April 2018 Toodyay Community Newsletter which led Shire Deputy President Therese Chitty to determine that President Rayner and Shire CEO Stan Scott both breached the Shire Code of Conduct by publishing “derogatory and improper” statements about the TPA.

At a council meeting two weeks after the newsletter was published, TPA Chair Larry Graham asked President Rayner for details about Mr Scott’s claim of an “unprincipled campaign by The Herald and the TPA” in which “people are bullied and harassed for having a different point of view”.

President Rayner responded by claiming former Herald columnist Geoffrey Appleby had “published that he was out to get the CEO in his position as Secretary of the TPA”.

The breach related to President Rayner attributing the comments to the Toodyay Progress Association.

The Standards Panel ordered President Rayner to attend the council meeting and make a public apology without any further comment or remarks.

The apology was ordered to be made immediately after public question time.

“The Panel found that I breached the shire’s Standing Orders Local law 2008 Regulation 4 of the said Conduct Rules in that such attribution was objectionable,” President Rayner said.

“I accept that I should not have attributed the relevant comments to the Toodyay Progress Association.

“I now apologise to the Toodyay Progress Association”.