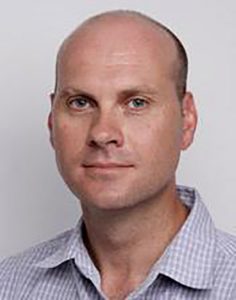 He is also accused of making “false and misleading” representations to investors in London and Hong Kong about a $5 billion deal with a South Korean manufacturer of electric batteries for motor vehicles.

Former Cr Bell stood unsuccessfully in a secret council ballot for Toodyay shire president in 2019 before resigning from the council at the end of January this year.

The Australian Securities and Investments Commission (ASIC) is seeking Federal Court orders for Mr Bell to be fined and barred from managing a corporation for a period of time to be decided by the court.

Court documents show that the alleged “serious” corporate offences are claimed to have occurred in April and May 2018 when Mr Bell was serving as a Toodyay shire councillor.

Trading in Australian Mines was halted on May 10 pending a further announcement.
Prices fell from 16c to 13c next morning and dropped further to 10c on May 31.

It wiped more than $400,000 from the value of Australian Mines shares held by Mr Bell and his wife, Rachel, according to figures published in a May 11 Australian Stock Exchange (ASX) announcement.

Australian Mines is named as a co-defendant in the Federal Court litigation.

Lawyer Jennifer Flynn representing the Australian Government Solicitor, told The Herald that a hearing date is yet to be set.

The company informed the stock exchange on May 10 that it intends to defend the case.
It announced next day that Mr Bell had been assigned to an unspecified new role which included helping Australian Mines transfer its business to a new acting CEO.

Mr Bell did not respond to a Herald request for comment about his intentions after being named as the second defendant in the Federal Court litigation.

The former councillor, who company reports show earned $400,000 a year in his former job, failed three years ago in a highly publicised bid on Facebook to become Toodyay shire president after topping the poll in the October 2019 council elections.

He received only one vote – presumably his own –in a secret ballot in the council chamber three days after the election.

Mr Bell resigned from the Toodyay Shire Council in January this year after missing several monthly meetings and playing no role on any council committees to which he was elected over the previous two years.

His four years on the council were marked by several legal disputes with former shire CEO Stan Scott, who was later named in 14 adverse findings after a year-long WA Government inquiry into his performance.

Mr Bell’s criticism of Mr Scott and other councillors on Facebook resulted in several adverse State Local Government Standards Panel findings directing him to publicly apologise, some of which he ignored.

No penalties were imposed.

Mr Bell is a former Herald monthly columnist who wrote about shire matters under the title The Insider for about two years until after the 2019 council elections.