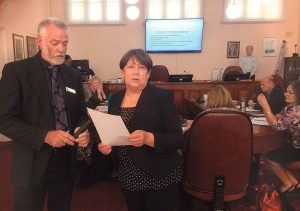 TOODYAY has its first female shire president and will get its first woman CEO after two historic 5-4 votes by a new majority of councillors elected last October.

The council also voted 6-3 to elect a new female deputy president in a clean sweep for women in the shire’s top leadership roles.

Veteran Cr Rosemary Madacsi – who was elected deputy president last year after winning a postal ballot of all Toodyay voters – is the new shire president. 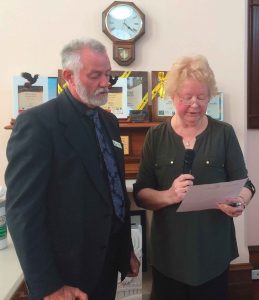 Cr Paula Greenway lost her second bid since 2017 to be elected deputy. 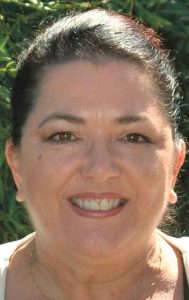 It is understood Ms Haslehurst was one of four shortlisted candidates interviewed by councillors last month after the job attracted more than 20 applicants.

Nobody voted for Cr Rayner because he was the only candidate to nominate in the now-abolished North Ward.

Ms Haslehurst replaces former Shire CEO Stan Scott, whose contract was terminated last month after he failed to convince councillors last year to let him keep his job for another three to four years.

Mr Scott’s last day is Tuesday May 12 but he has been on extended sick leave for three months and is not expected to return to work.

The shire is currently awaiting the outcome of a year-long State Government inquiry into its operations and affairs, and “reasonable suspicion” that the council may have breached local government law.

The new shire CEO will be expected to manage a response to any recommendations arising from the inquiry, the result of which has yet to be released by WA Local Government Minister David Templeman.

His department sent a draft to the State Solicitor’s Office last December to decide if any part should be withheld as evidence for prosecution before the findings are made public.

IT IS understood the inquiry was reopened last February to examine a new $1.1 million shire contract awarded last year without calling for public tenders.

In answer to a public question in March, former shire president Manning said it was not advertised because the previous council had voted 8-0 last August for Mr Scott to “source a suitable contractor” under a State Government ‘common use agreement’.

It is understood the fresh investigation has delayed the release of a final inquiry report.

The council has appointed Shire Corporate Services Manager Chileya Luangala as Acting CEO to manage the Covid-19 emergency and budget review until Ms Haslehurst starts work in June or sooner.

Ms Haslehurst has worked for four years at the Shire of York, including earlier this year and previously as acting CEO.

She holds a University of South Australia graduate diploma in management and studied at Mt Eliza Business School.

It is understood Ms Haslehurst has signed a four-year contract with an initial six-month trial and has started making plans to move to Toodyay.